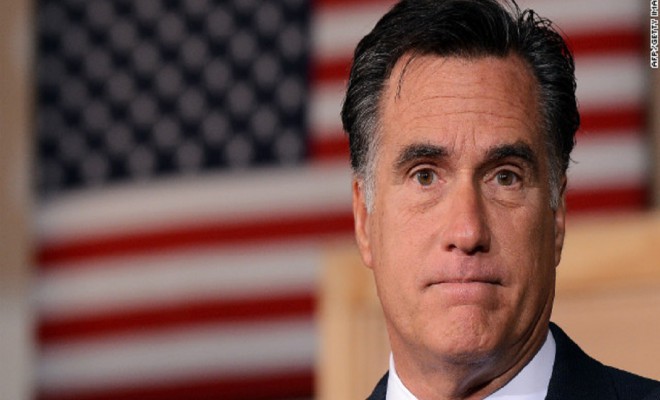 Mitt Romney Finally Caves! Admits He Was Wrong And Obamacare Is A Success (VIDEO)

It took a man dying for Mitt Romney to admit that, yes, he designed the model for the Affordable Care Act (Obamacare), and that the program is a success.

Mitt Romney spent a majority of his 2012 presidential campaign slamming the very program he set up while governor of Massachusetts. Oh, he was proud of it while governor, but the minute he threw his hat into the presidential ring, he collapsed under pressure from Republicans who broke out in hives at the very thought of affordable healthcare for millions of previously uninsured Americans.

In an obituary Romney wrote for his friend and founder of Staples, Tom Stemberg, Romney writes:

Apparently, during conversations between the two, Stemberg told Romney that if he really wanted to help, he should give everyone access to healthcare. Smart man.

Romney admits that this was the right thing to do, and that the success of Romneycare in Massachusetts was the basis for the Affordable Care Act (Obamacare).

The Republican party was fully prepared to support Mitt Romney and his wonderful health care record in Massachusetts if HE was elected President. However, if the very same program was successfully implemented by a Democratic President (who just happened to be black), then it would suddenly be the ruination of the country.

So here we have Mitt Romney, Republican, now admitting that the very program he vilified in speech after speech on the campaign trail, the program based on his OWN successful state program, is, in fact, a good thing for the American people. In typical Republican fashion, he put his party and campaign contributors ahead of the wants and needs of the American people, contrary to what he REALLY believed.

If this doesnt convince you that the Republican party doesnt give a rats ass about everyday Americans, then nothing else will.

Lets take a look at what Romney had to say about Obamacare during the 2012 debates in the video below:

‘I TOLD YOU SO!’ at anyone who will listen.