Every year, Americans consume more than 200 million turkeys. But how much do you know about the bird that Benjamin Franklin thought would represent America better than the bald eagle? Enjoy this fascinating slideshow countdown of 10 interesting facts about turkeys!

10. Most Domestic Turkeys Are Artificially Inseminated 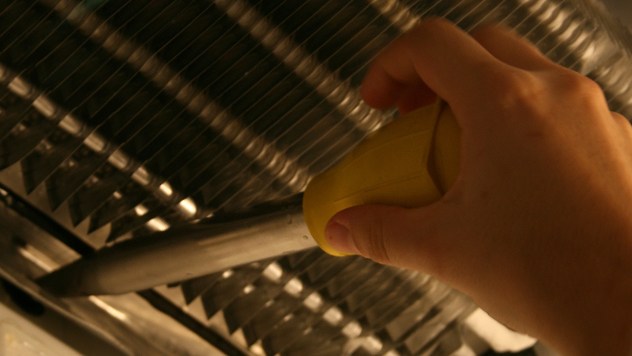 The overly large breasts on commercial turkeys make them unable to mate. As a result, broad-breasted turkeys require artificial insemination in order to produce fertile eggs.

However, you can’t just hand a tom a picture of a large-breasted lady hen and expect him to ejaculate into a cup. Toms must be “milked” of their semen. This is done by a crew that usually consists of at least four handlers.

It takes about two minutes to obtain a tom’s semen, usually with no more than four strokes of the cloaca. The National Institutes of Health recommends no more than one or two per collection in order to prevent injury (to the bird, not the handler).

The tom’s semen is collected in a small glass, after which it is drawn out with a syringe and placed in a glass bottle. The semen must be used quickly, preferably within 30 minutes of extraction. It is inserted into a hen with a syringe or plastic straw—in essence, a turkey baster.

If you prefer a turkey made the old-fashioned way, and are willing to spend $150 or more, you can opt instead for a “Heritage” bird. To qualify as Heritage, a turkey must mate naturally, grow slowly, and have a long and productive lifespan.

< Back1 of 10Next >
Related Items
← Previous Story These 25 Animals Are Being Jerks Just For The Fun Of It — NOT Cool, Guys
Next Story → 10 Heroic Cats Who Could Teach Lassie A Thing Or Two