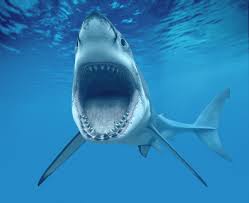 This past month saw another man die and mauled by a big shark.

Elio Canestri, an up and coming French surfer, was assaulted and killed by a shark yesterday.

The 13-year old was assaulted while surfing away of Reunion Island, which is famous for shark attacks. Reports said the place was off limits to surfers and swimmers because of the threat of assault.

Professional surfer Jeremy Flores, who grew up on the isle, led homage to the teen.

The French surfer, who won the Billabong Pipeline Masters in 2010, posted on his

Instagram: ANOTHER shark attack in Reunion island this morning. Elio that is 13 years old was one of our finest up and coming surfers. Words can’t describe how upset and miserable I am. So young !!! Heart breaking News . RIP 🙁

Witnesses said that Canestri was surfing 50 feet from shore when the assaulted happened. The shark bit into his arms, legs, and torso before pulling him out to sea. The teenager’s body was discovered by a saving boat, but he died from his injuries.

The casualty was dragged out of the sea, but he died from his wounds, and “A boat was launched quite fast,” said a representative from the saving service. “Those who watched the assault, including other kids, are being treated for injuries.”

The fatality happened off the west shore of the isle called Cap Homard. The whole island is under an entire surfing prohibition, which was expanded in February. Elio was involved in a training session just prior to the strike, together with several other surfers who had possibilities to become French surfing stars.

Since 2011, sixteen shark attacks have been seen by Reunion, seven of which have been deadly.