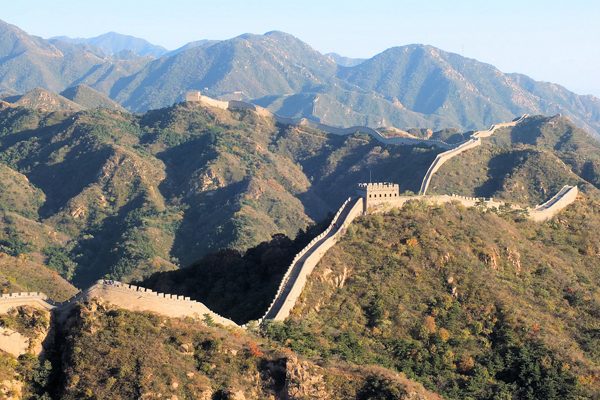 Here Are 35 Things You Probably Believe… But Are Total Lies. Everything You Thought Is Wrong.

While growing up, family, friends and teachers probably told you tidbits about the world that you accepted as the gospel truth. There”s nothing wrong with that, in fact it is completely normal. But, it seems there are a great many widely accepted “facts” that are actually completely untrue. These misconceptions are fairly widespread, so you may be surprised that even today you were believing things that just weren”t true. So put on your learning hats, you”re about to get schooled.

1.) You arent born with all of the brain cells you were ever have. There is evidence your brain will continue to produce new cells in certain regions, a process called neurogenesis.

2.) The color of the mucus in your nose doesnt indicate if you have a bacterial or viral infection. It can vary in color due to a variety of illnesses.

3.) Goldfish dont have 30-second memories. In fact, they can remember things for months.

4.) Lightning CAN strike twice in the same spot. In fact, the Empire State Building is struck up to 100 times a year.

5.) Lemmings do not follow each other, committing mass suicide. The fact was wrongly perpetuated by a 1958 Disney documentary called White Wilderness, in which the filmmakers manually ran a pack of lemmings off of a cliff to make for good television.

6.) Disregard the phrase blind as a bat, because bats are NOT blind. They use echolocation to hunt and navigate, but they can see.

9.) Swallowed chewing gum will not take 7 years to digest. In fact, we dont digest it at all. It passes harmlessly through our bodies.

10.) One gene does not equal one protein. Many genes make multiple proteins and some dont make any.

11.) There is no such thing has having a truly photographic memory. Even people with exceptional memories dont recall events with enough detail to mimic a camera.

12.) Fingernails and hair do not keep growing once we die. Instead, our skin shrinks, giving the appearance of growth.

15.) Shaving your hair doesnt make it thicker. It might feel coarser, but thats just because the ends are more blunt from being freshly shaved.

16.) Getting hit by a penny that was dropped from the top of the Empire State Building wont kill you. The pennys speed will max out at about 50 mph, which isnt fast enough to kill. Although it would still probably hurt.

17.) Sharks can get cancer. The myth was created by I. William Lane in order to sell shark cartilage as a cancer treatment.

18.) Its possible to stand an egg on its head any day of the year (and not just on the Spring Equinox). You just need patience and a textured egg shell.

20.) During the Middle Ages, most scholars accepted that the Earth was round. The myth that people thought the Earth was flat was started in the 1940s by the Members of the Historical Association.

21.) McDonalds burgers can and will rot under the right conditions to break the processed food down.

23.) Its most likely HIV jumped to humans from monkeys through hunting, not cross-species intercourse.

24.) Giving children sugar doesnt make them hyper. In several trials, kids were just as hyper, regardless of if they received the sugar-filled or sugar-free drinks.

25.) Ostriches do not stick their heads in the ground when theyre scared. In fact, they flop on the ground and play dead.

28.) Organic food isnt pesticide free. Pesticide levels on both organic and non organic food are so low they arent a concern, according to the USDA.

29.) Dogs and cats dont see in greyscale, they see in shades of blue and green.

30.) The Great Wall of China isnt the only man-made structure visible from space.

31.) Your blood is never blue. Its red whether it is oxygenated or not. Your veins look blue because of your skin and tissue.

33.) Ingesting poinsettias wont kill you or your pets, although the plants will make you sick with gastrointestinal issues.

35.) Redheads are not going extinct (genes do not go extinct). The gene for red or blonde hair can be recessive and carried throughout generations without ever emerging as a hair color.

Don”t feel bad if you have been fooled by these common misconceptions. Now, you can set the record straight at the next dinner party you”re at. And if you don”t believe any of them, Google will confirm. 😉 Source: Reddit & Wikipedia Knowledge is power. So, spread your newfound knowledge by sharing this article!

Related Items
← Previous Story The 10 Things I Learned From Watching Christopher Nolan’s Interstellar
Next Story → I Thought I Knew What I Was Seeing. Then I Got Closer And My Jaw Dropped To The Floor.